Cat is Sol's pet cat that he found with the other boys in front of Ripeato. Cat is one of the only two pets mentioned in the game.

Cat has black and white fur with blue eyes. He is said to resemble Sols father.

Sol: Sol was going to Ripeato when he found Cat in front of it. Sol's father had recently passed away and the boys believed that they had a uncanny resemblance. Since that day Sol has been taking care of Cat. Sol is a very good owner and dotes on Cat like a child. He often talks about him and sends pictures of him in the chat. Cat's illness is also the reason he decides to help Mir at all. 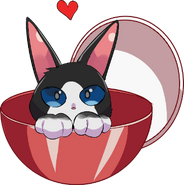 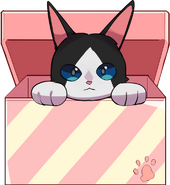 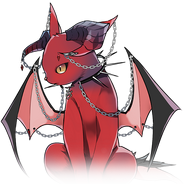